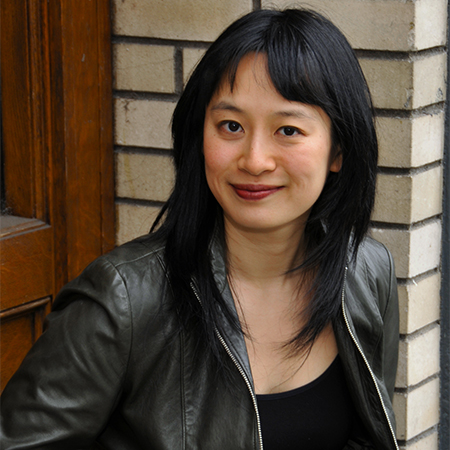 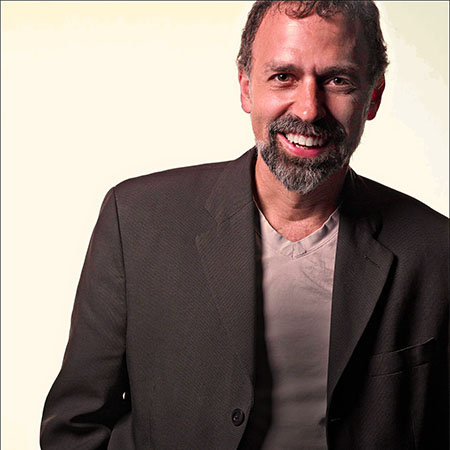 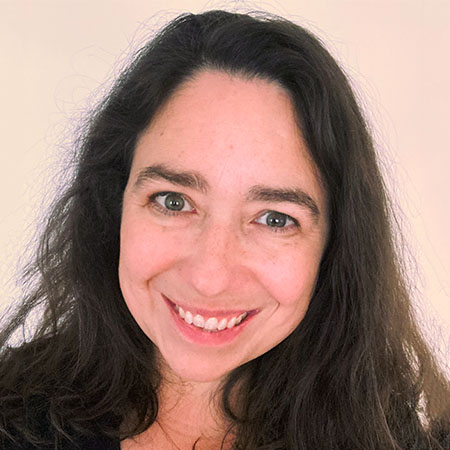 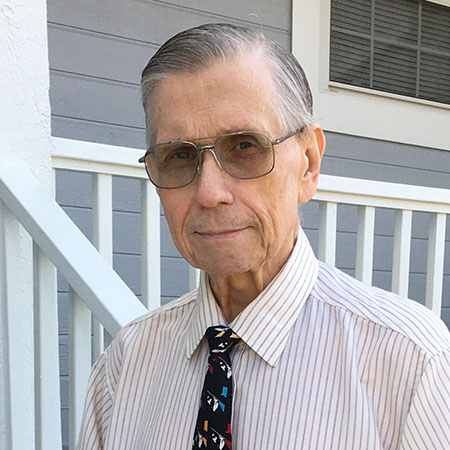 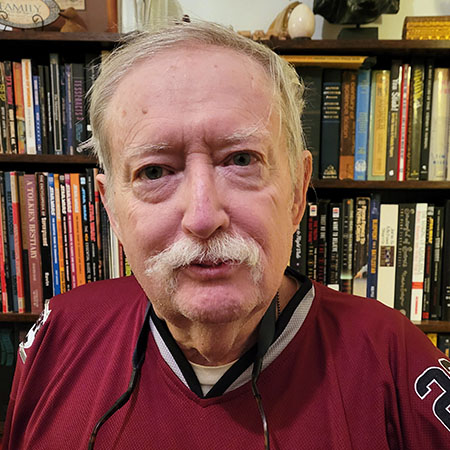 Fonda is a winner of the World Fantasy Award, as well as a three-time winner of the Aurora Award (Canada’s national science fiction and fantasy award), and a multiple finalist for the Nebula Award, the Locus Award, and the Oregon Book Award. Her novels have garnered multiple starred reviews and appeared on Best of Year lists from NPR, Barnes & Noble, Syfy Wire, and others. Jade City has been translated in multiple languages, named to TIME Magazine’s Top 100 Fantasy Books of All Time, and optioned for television development.

She has also written acclaimed short fiction and been an instructor at writing workshops including Viable Paradise and Clarion West. Fonda is a former corporate strategist and black belt martial artist who loves action movies and Eggs Benedict. Born and raised in Canada, she currently resides in the Pacific Northwest.

Visit her online at fondalee.com.

Donato  Giancola's passion for narrative art has seen his work grace the covers of over three hundred science fiction and fantasy novels, placed in hundreds of private and public collections, and landed numerous peer honors including three Hugo Awards, two Gold and six Silver Medals from Spectrum: The Best in Contemporary Fantastic Art, the prestigious Hamilton King Award from the Society of Illustrators, and recognition from the Association of Science Fiction and Fantasy Artists with twenty-three Chesley Awards.

Donato recognizes the significant cultural role played by art and makes personal efforts to contribute to the expansion and appreciation of genre works; to that end he serves as an instructor at the SmArt School, the Illustration Master Class, and lectures extensively at conventions and universities worldwide.  His current projects include themed works for exhibition at fine art galleries, ongoing commercial assignments, book projects for J.R.R. Tolkien’s Middle-earth, and explorations on his developing themes of Empathetic Robots and astronauts.

Visit him online at donatoarts.com.

Rebecca Campbell is a Canadian writer of weird ghost stories and climate change fiction. She won the Sunburst award for short fiction in 2020 for the short story, “The Fourth Trimester is the Strangest" and the Theodore Sturgeon Memorial Award in 2021 for “An Important Failure."

Also in 2022, Stelliform Press will publish her climate change novella, Arboreality, which explores more of the world she first described in “An Important Failure.”

You can find her online at whereishere.ca.

Ken Keller has been active in science fiction fandom since 1963. Ken co-founded (with Gary Mattingly) the Kansas City Science Fiction and Fantasy Society (KaCSFFS), which is now in its 51st year and sponsor of ConQuesT. In 1972, Ken instigated Kansas City’s 50-year tradition of fan-run science fiction conventions and chaired or co-chaired four of the club’s early conventions. Ken also organized Kansas City’s winning bid for and served as con chair of the 34th World Science Fiction Convention (MidAmeriCon), held in 1976.

He was nominated in 1980 for a World Fantasy Award for his fanzine, Trumpet. Ken has also been a professional small press book publisher, having published the works of George R.R. Martin, Harlan Ellison, Frank M, Robinson, Phyllis Eisenstein, among others, as well as the artwork of Leo & Diane Dillon, Ed Emshwiller, and Brom (to name just three).

Ken has also worked professionally as a graphic designer, typographer, and draftsman. His multiple hobbies include collecting a large variety of items on a whole host of topics, amassing a very large collection in the process, and also serving as a regular contributing editor to Wikipedia.

I have been asked to write a Bio for Jim Young, probably my best friend in fandom. I only hope I can do him justice. So here goes:

I first met Jim Young at the Montreal Worldcon. I was running the con suite and Jim was volunteering there. It did not take me long to realize some things about Jim.

1) Of all the volunteers present I knew I could count on him to do what needed to be done. It didn’t matter if it was setting up tearing down, serving, upkeep cleaning, pointing out something I missed.

2) Being snarky was normal for Jim. *

4) Also he is genuinely one of the nicest, considerate, and caring people I know. ***

Jim has got to be one of the busiest, hardest-working, at-con volunteers in fandom. If he’s not working the con suite or Staff Den he is absolutely working in the Art Show. He finds something to buy in the Art Show at every con he goes to. He loves to support new and young artists. He made a point at Windycon of buying something of my son Alec’s when he was 16. I’ve seen him do this before. I don’t think he leaves a con without some art. When he finds something he likes, he’ll take his breaks to run back to the Art Show to make sure his bids are still ok.

Since Jim and I met back in ’09 he has worked for/with me in at least 7 con suites, be it a Worldcon or a local con like Windycon. We have a tradition of taking time together for a cigar break, or a whiskey break, regardless of convention. It has been inevitable that one of us always has a bottle of scotch or Irish whiskey we share with staff in order to spread the wonderment of whiskey. This often becomes a teaching lesson on the difference between a sippin’ whiskey and shooting it. I doubt you have any problem picturing the face my good ol’ curmudgeonly friend makes to someone doing the latter.

Jim has many other interests, from riding the train across country to the next Worldcon to reading science fiction to going to church regularly and keeping up with his grandchildren to even his favorite Cleveland Monsters AHL hockey team of which he has season tickets. The Cleveland Guardians and the Cleveland Browns are also teams he doesn’t necessarily want to admit he loves and follows ;-)

He unfortunately lost his wife before we met. I would have loved the chance to meet her. Jim has a daughter and a son and 2 grandchildren. He is retired from the Social Security Office. He has always been a great friend to me and to others. A late night phone call with an ear available and that rapier comment to knock some sense into me. He drove all the way to Minnesota for my wedding. Despite the curmudgeonly appearance he helps when people need it and works tirelessly. He looks like he’s 92 and works like he’s 52. I don’t know how he does it sometimes. I mean the guy is retired and getting older yet as a roomie I have to admit he doesn’t even snore loud at all. How can you not love that? Do you know how hard it is to find a roommate for conventions THAT DOES NOT SNORE?! I’ve seen this guy work tirelessly for 12 or more hours straight, enjoy a fine cigar and Irish whiskey till the wee hours, and get right to bed and not make a sound. Not even a harrumph! Imagine my frustration when I heard he was bringing his son to ConQuesT? Now I have to find a new roomie!

I highly recommend you find time this weekend to meet Jim and chat, be it sci-fi/fantasy, sports, whiskey, cigars, trains, family and or church - he is fun to be around. I raise my glass to my best friend, my Curmudgeon and ConQuesT’s Fan Guest of Honor Jim, I hope you all will join me!

*If you’ve been around him at all you have been the brunt of one of his snarky comments (or maybe it’s just that I am the brunt of all those comments?) he’s always seemed since that day I met him to have that perfect timing for them. I don’t think he knows this but more recently I purposely say things at times as a setup for his rapier attack. He makes me giggle often!

**If you don’t know what that is, ask around. Many of you in Kansas City may remember him from the MAC II promotional video sitting in a lawn chair in his yard saying, “Get off my lawn!” I don’t know if there are many others that can do it more perfectly.

***Sssshhh don’t tell him I told you, I think he enjoys the impression “Get off my lawn!” gives people.